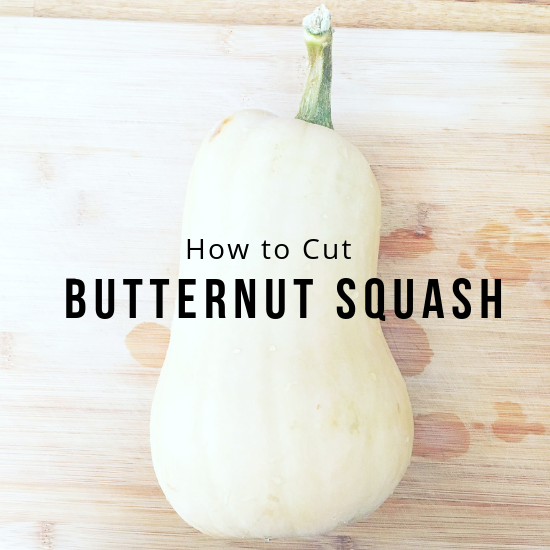 Ahh butternut squash. You love to eat it, but you hate to cook it because it’s a pain in the butt(ernut) to cut.

So instead of buying it and cooking it, you pass on by it in the aisle while it cries after you yelling “Really! I’m not that hard to cut! Come back!”

Give the poor squash a break will ya!

Squash is an excellent source of many vitamins and nutrients, which are especially important in the colder months, so I really want you to get to know those squash a bit better.

This week I wanted to share with you an easier way to cut butternut squash–or just squash in general.

Below are my tips! 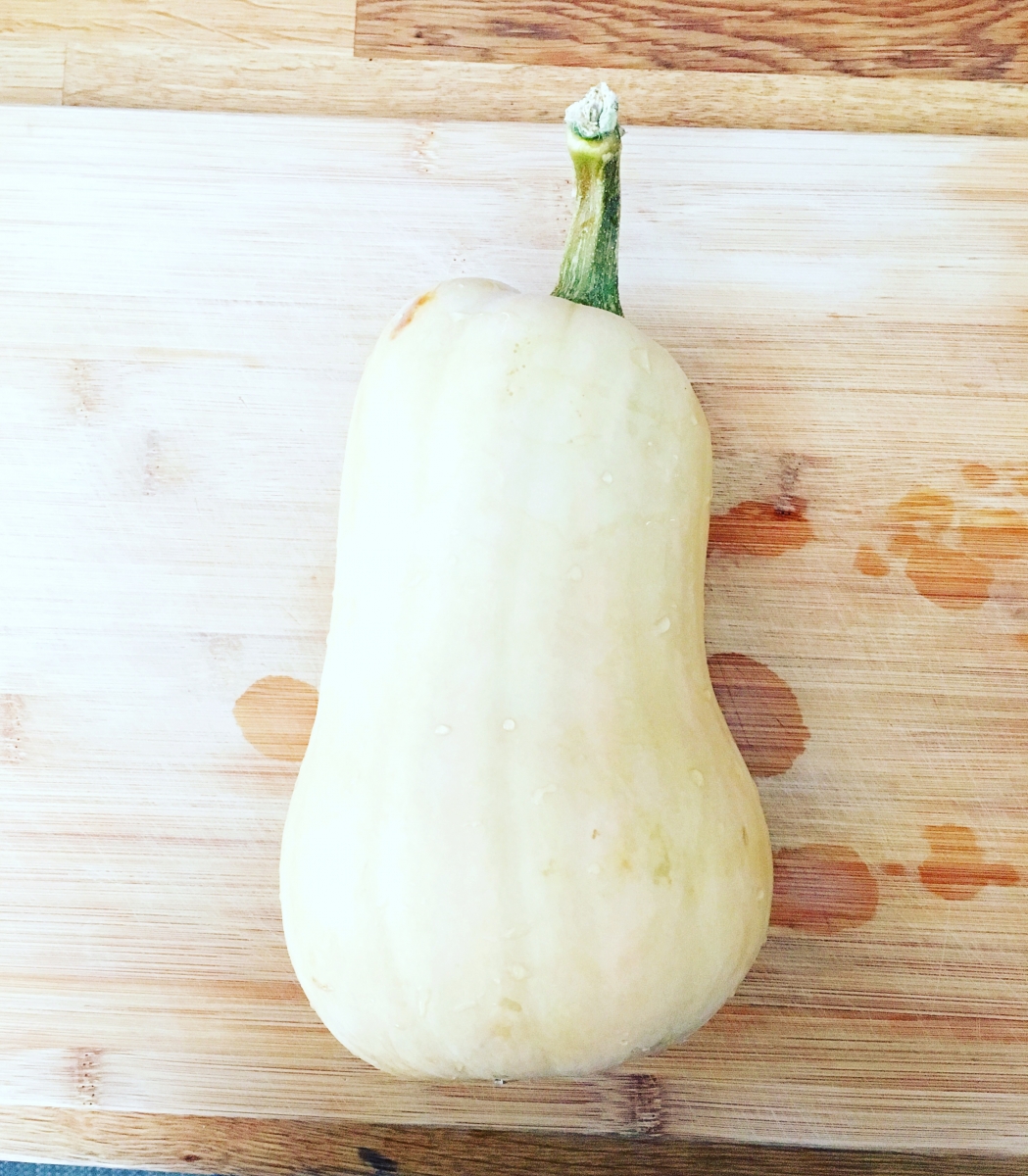 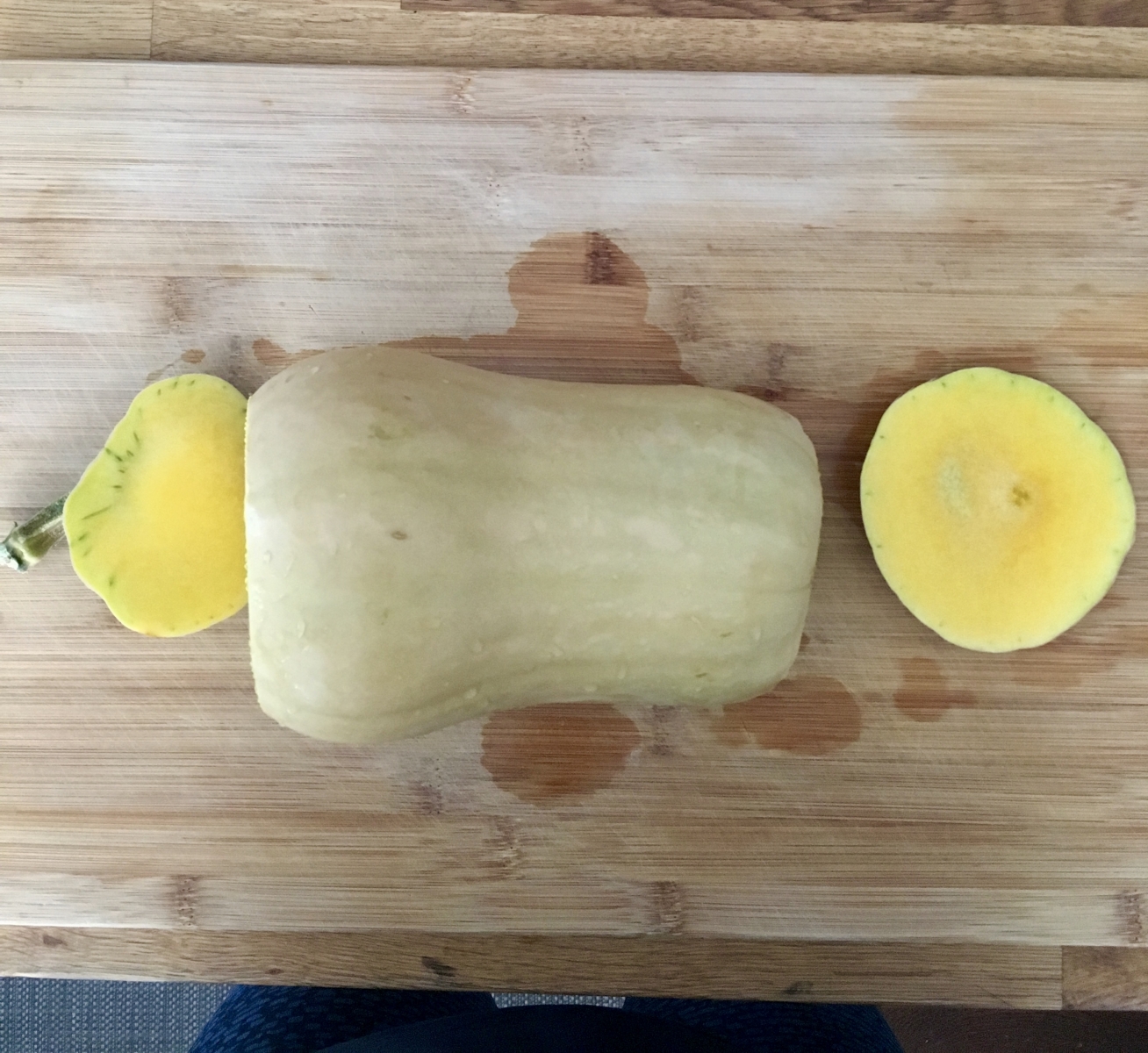 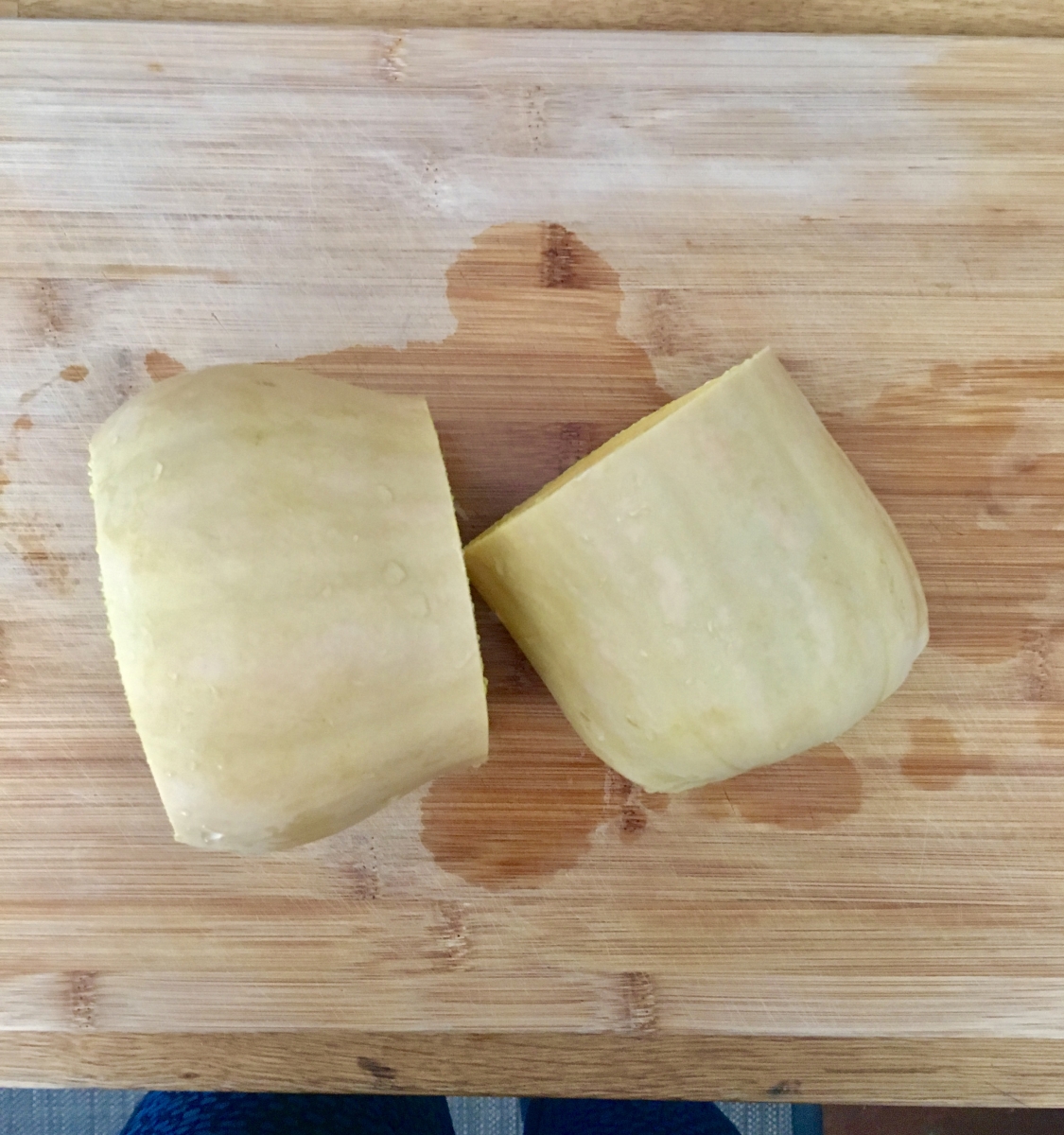 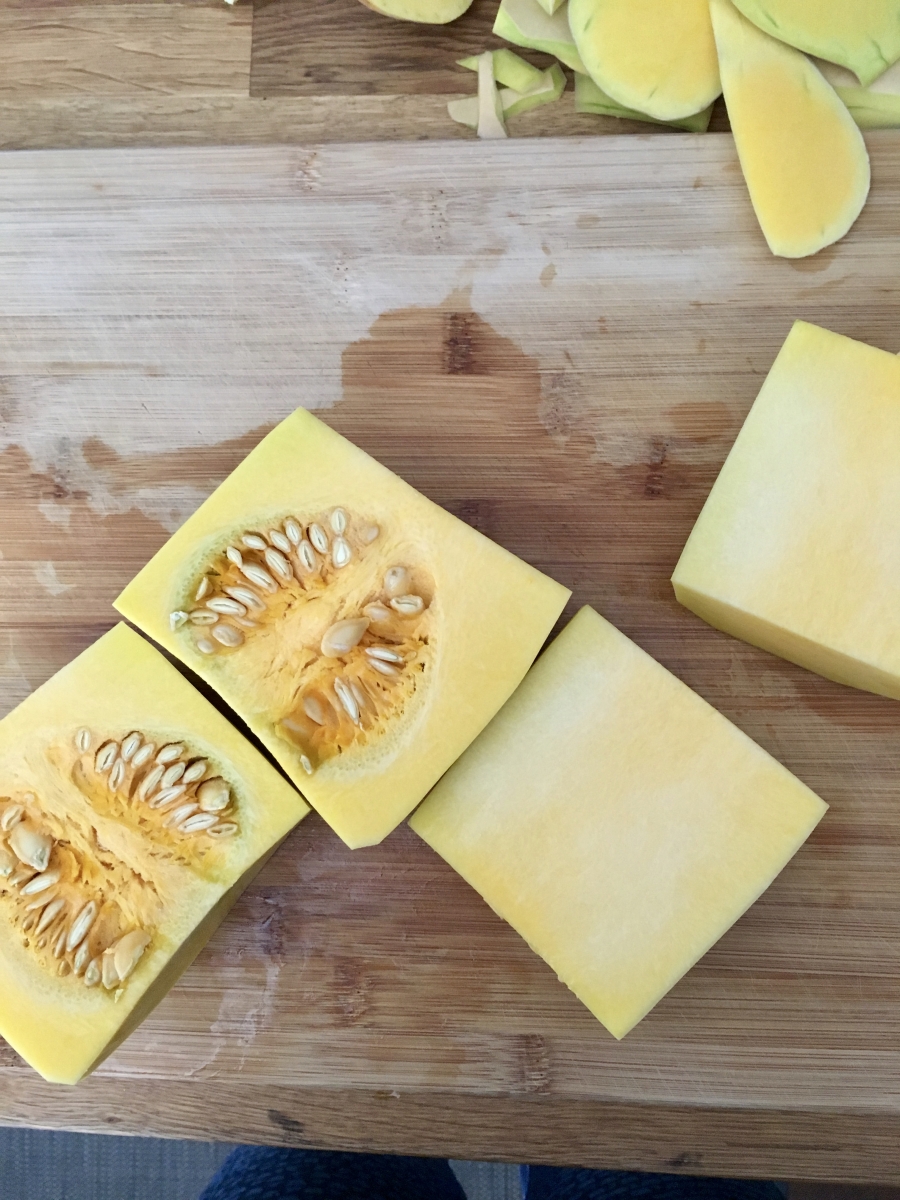 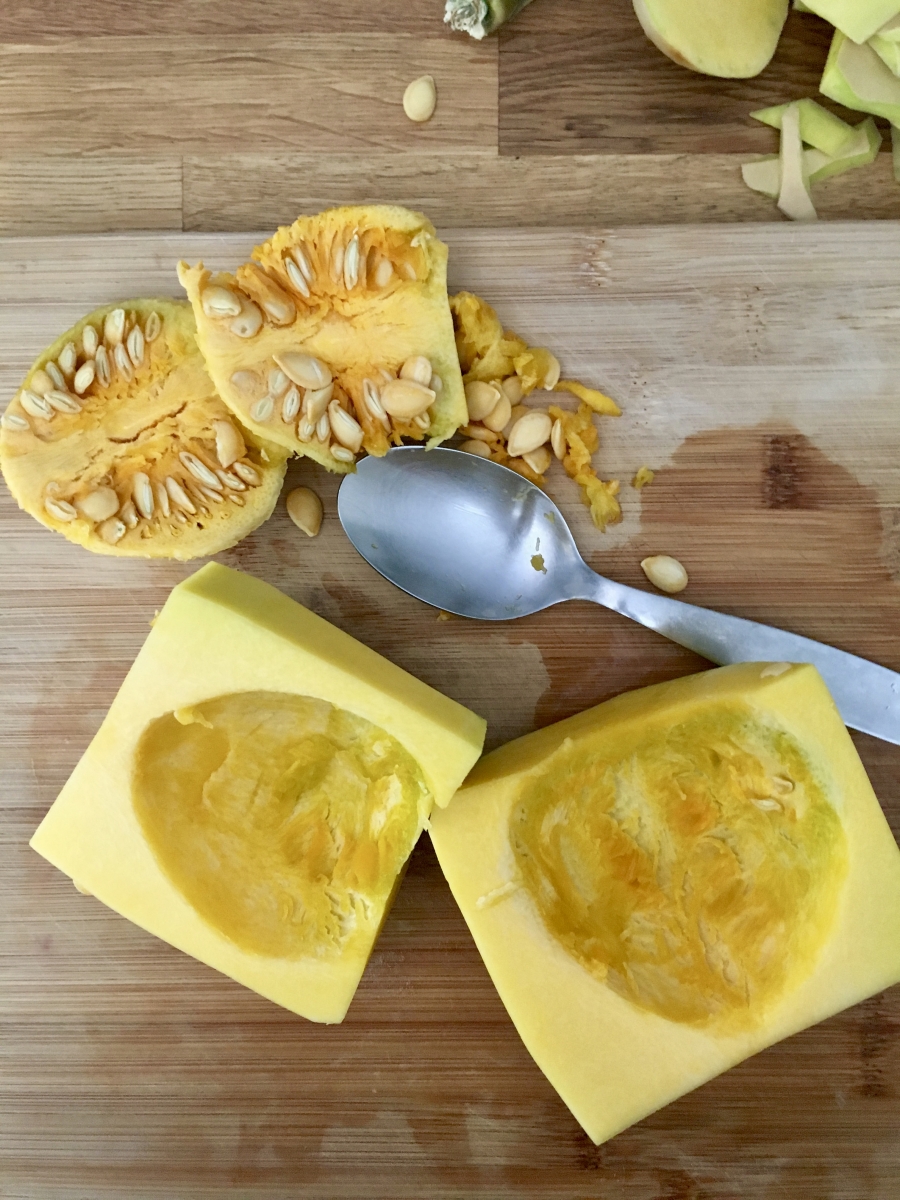 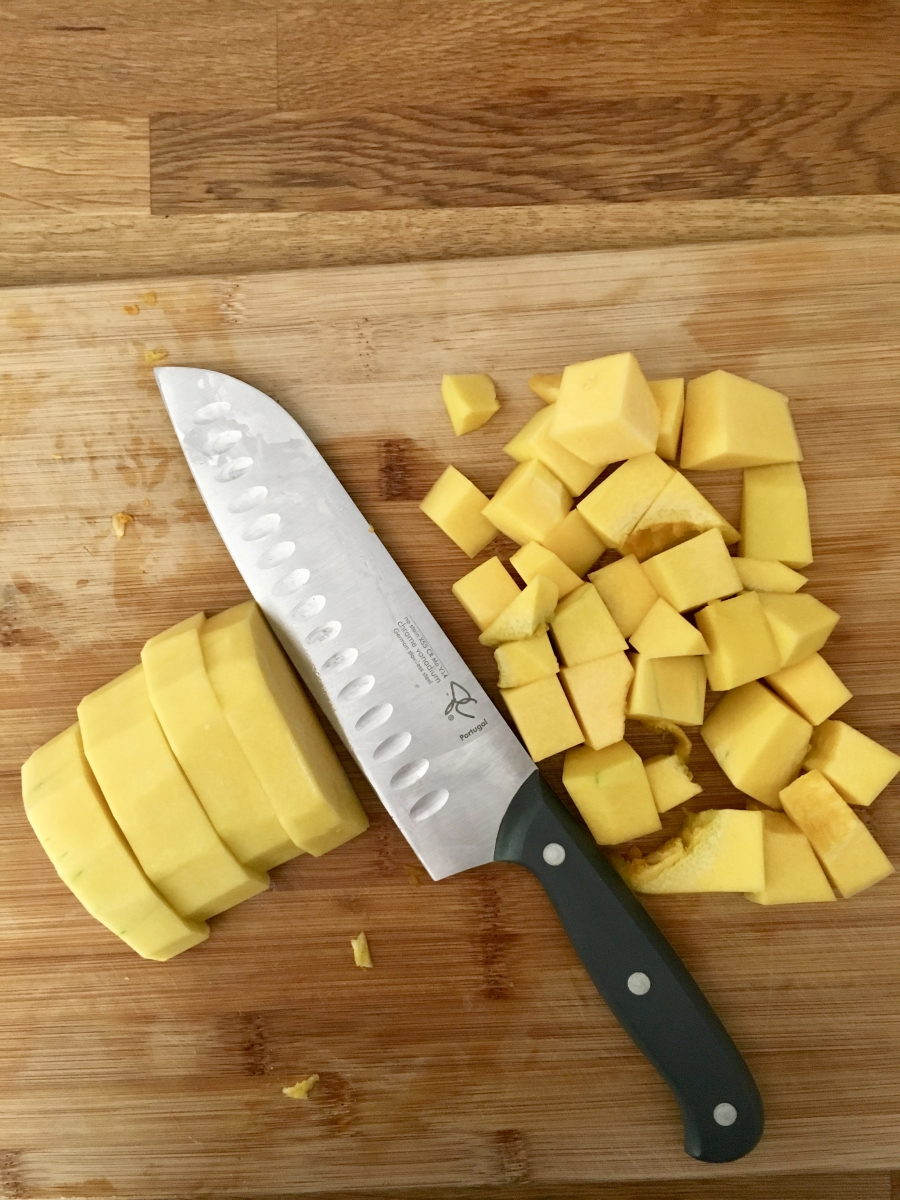 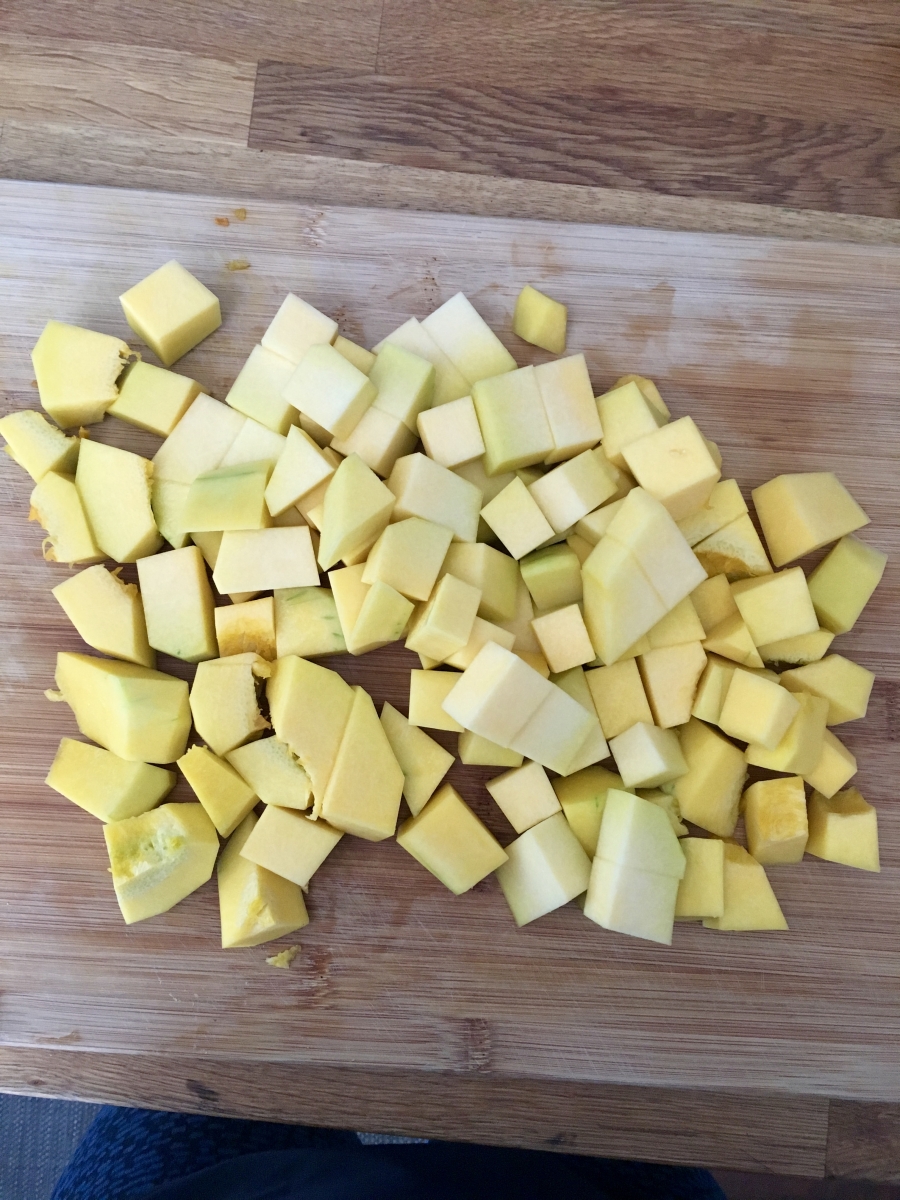 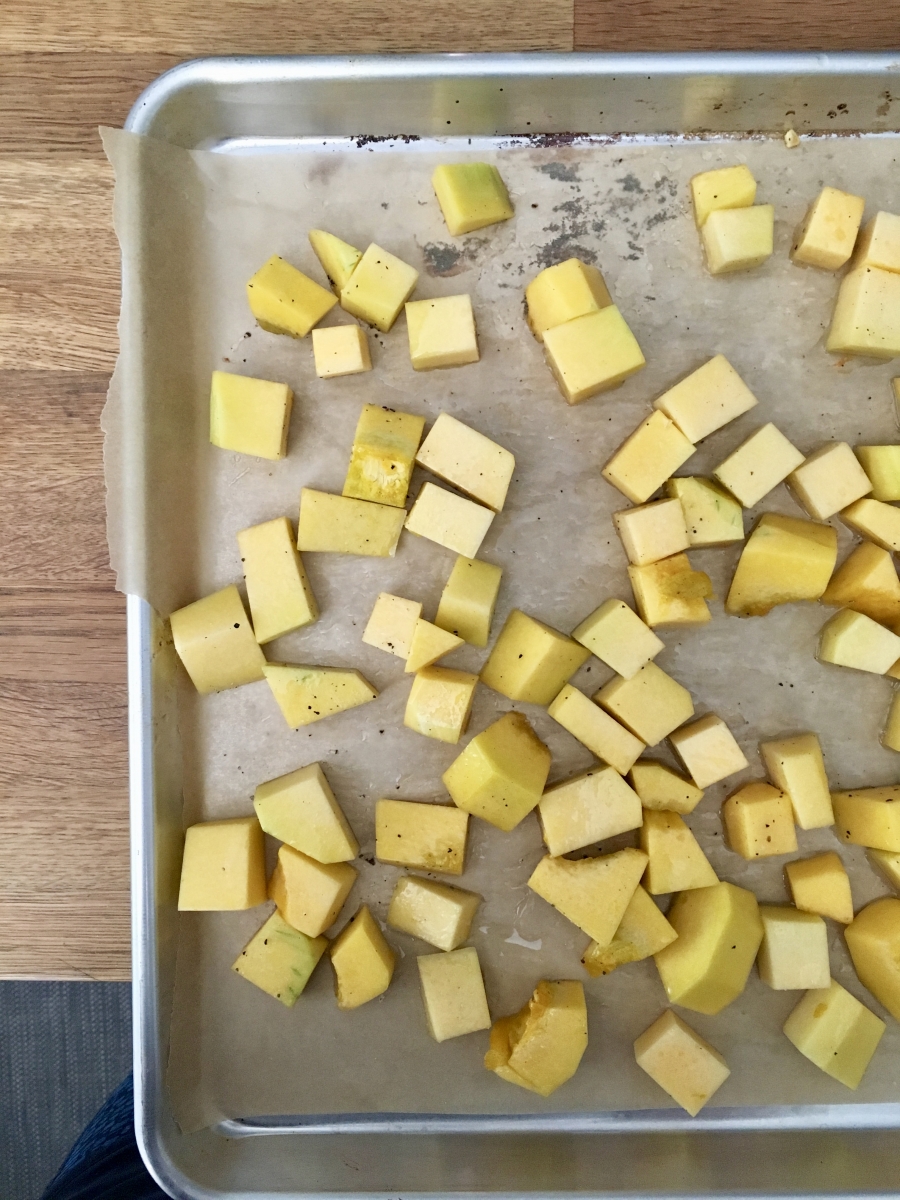 Tip 1: Dude you NEED to have a sharp knife.

That old knife from Ikea that you had in university isn’t going to cut it anymore (no pun intended).

Buy a new knife (I bought a couple of chopping knives from Loblaws last year for $25 that work really well) and at the same time buy a knife honer.

What the heck is a knife honer? It’s a metal rod that you use to ‘straighten’ your knife between sharpening sessions. I say ‘straighten’ because technically it doesn’t sharpen, it straightens the blade, but it feels like it’s sharper. Anyway just get one and use it right before you cut a big squash. (Learn the proper way to hone a knife here).

Having a sharp knife will make your life easier in many aspects of your cooking life.

You may actually enjoy cooking after having a sharp knife! Yes–it’s possible to love cooking! I promise!

Just be careful though. If you’re not used to your new sharp knife you could put too much pressure down into the cut than you need to and you could slip and slice your fingers.

Tip 2: Don’t feel like you need to cut squash in half length-wise.

I see so many recipes calling to cut squash in half the long way. No wonder people run away from squash! If I had a dull knife and I had to cut it length-wise in half I’d be running away too.

In my opinion you can get the same result by doing the following (this is for butternut squash):

I personally like to peel my butternut squash and then dice it to roast because it doesn’t take as long to roast than if it were in bigger pieces.

So after I’ve cut it in half, I peel it (using my sharp knife!) by resting the cut, flat side down on the cutting board. Then I peel it using the knife down toward the cutting board. I suppose you could use a peeler too, but the skin might be a bit too thick for that. Then I scoop out the seeds and dice the squash into 1-inch pieces.

At this point you can either roast it, or if you like you can steam it in a steaming basket.

I don’t recommend boiling it though (or any vegetable for that matter) because as soon as you boil food, the vitamins and nutrients go from the food into the water, which most people pour down the drain.

Did you know you can eat squash skin? Yes! So technically you don’t even have to peel it.

Ok if you’re making soup you should probably peel it, but if you’re roasting it for a side dish then forget about it. This past summer I cut butternut squash into thin wedges and cooked it on the BBQ. It was good!

I think this is the most I’ve ever talked about butternut squash so I think I’ll leave it there. I just want you to give the poor thing a chance because it’s so, so good.

I’ve got a great recipe on the blog for butternut squash and leek soup–try it! Or try it in a curry or in a mash or even as a sauce for mac and cheese. Roast it to eat with sausage or fish or chickpeas. The sky is the limit and your body will love you for giving it some winter squash love.

There’s nothing better than making a gourmet sna 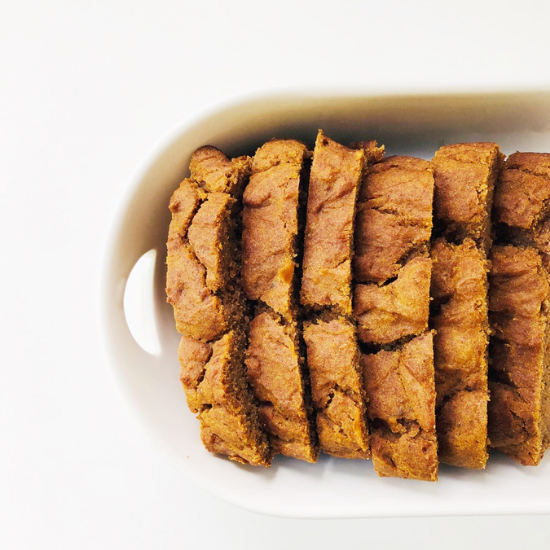 This Apple Sauce Bread is an Easy Snack Idea 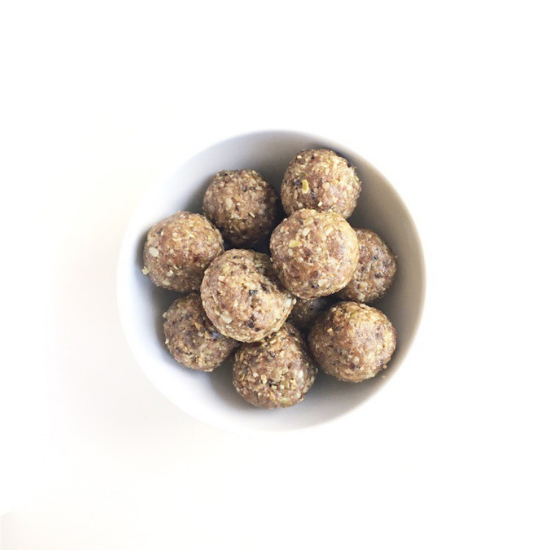 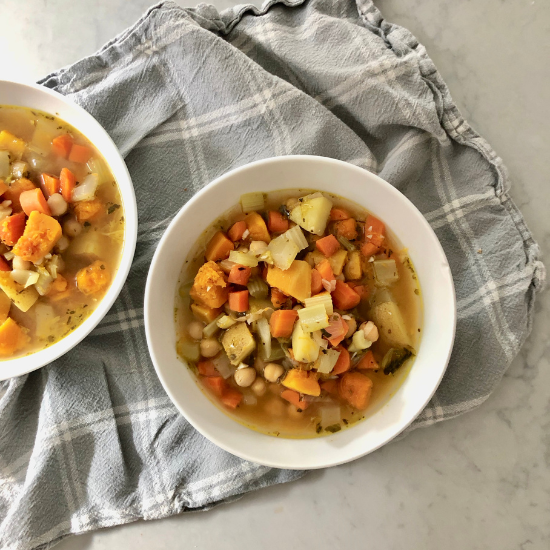